5 Early Pregnancy Signs I had Before a Missed Period 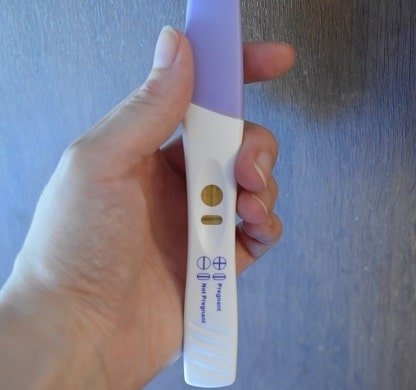 ‘Am I pregnant?’ Have you been wondering if you’re experiencing early pregnancy signs? Or maybe you want to know what to look out for in case there’s a chance you’re pregnant in the future.

I am currently in my second pregnancy and I just want to share my experience with some early pregnancy signs I noticed.

Although it didn’t seem like I was pregnant, I just KNEW I was, due to some of the symptoms I was experiencing.

The 1st pregnancy test I took was negative, I suppose because I jumped the gun and it was too early to test positive.

But I still believed I was pregnant!

My husband didn’t believe me, but he humored me by purchasing more pregnancy tests a few days later.

So what were my early pregnancy symptoms – things that were not the norm for me?

DISCLAIMER / DISCLOSURE: I am not a medical professional or expert. Articles on this website are for informational purposes only, and we are not responsible for any decisions you make by acting on or failing to act on info from our site. | Also, this article may contain affiliate links to products / services we use and/or trust. See our full disclaimer / disclosure policies here.

Although supposedly from my google searches I shouldn’t have had nausea yet, I did. At 2 1/2- 3 weeks pregnant. Some may doubt that, but I’m telling you, it was there.

Along the lines of nausea, it is also possible you may experience smell aversions or food aversions in early pregnancy.

(Note: In the US the amount of weeks pregnant is counted by medical professionals starting from the first day of your last period, not the day you actually conceived, so when I refer to weeks pregnant in this article, this is the standard I’m going by.)

*Nausea was also one of the first signs I had for my first pregnancy, although I didn’t notice it as early in the pregnancy (it was closer to my missed period.)

I don’t normally feel dizzy very often, but I noticed when I was taking care of the house / cleaning, I was starting to feel dizzy on a couple of occasions, probably around 3 weeks pregnant, and I actually sat down because I was afraid I would black out.

*This was also an early pregnancy sign I experienced with my first pregnancy too, but I was closer to 4 weeks pregnant when it happened the first time around.

On one occasion, I was reading something I’d read before and I had to fight back tears, which I thought was odd, because it’s not something that normally would’ve made me cry.

Another day, I woke up really annoyed with my husband (I can’t even remember why now,) but I also thought that was a little weird.

*In my first pregnancy I had a few emotional moments too, although with that pregnancy, they were all after I tested positive.

4.) I noticed my sense of smell intensified.

One early sign of pregnancy is your sense of smell improving. Pregnancy can also give you terrible smell aversions- scents that normally don’t bother you can seem overpowering and repulsive. (Sometimes even things that smell good!)

*With both of my pregnancies I noticed this, but this was an earlier symptom in my second pregnancy.

5.) My thighs were really sore.

When I was only a few weeks pregnant this time around (for my 2nd pregnancy,) there were a couple of days where my thighs were really sore. I hadn’t done anything out of the ordinary that would seem to cause this, so it was just another thing that made me think I was pregnant.

Other women have also experienced sore muscles- including in their thighs- in early pregnancy.

*This sign for me was unique to this pregnancy as far as early symptoms go. In my first pregnancy, I did get really sore legs in my third trimester, but not during the early part of my pregnancy.

When You Have a Faint Second Line on a Pregnancy Test

Just so you know, when you’re pregnant, you may have a very faint positive line on your pregnancy test. You are still pregnant, if this is the case. I had 2 tests that were very faintly positive, and finally the 3rd one I took was a little more clear.

My husband stopped being in denial that I was pregnant after I went to the doctor and got a positive test there. He was happy about it, he just didn’t expect it. (Surprise!) But it’s all good.

Which Pregnancy Test Should You Use?

Most pregnancy tests work similarly and pretty much all of them do work.

Note: some pregnancy tests may be more sensitive at detecting your pregnancy levels sooner. Occasionally you may also take one that’s inconclusive; I would recommend getting at least 2 or 3 tests in case that happens. Sometimes you are pregnant, but you will test negative at first (like I did.) You may need to wait several days before retesting.

If you are already past your missed period and haven’t gotten a positive test, you should contact your doctor. They can check if you’re pregnant and/or to see if something else may be interfering with your cycle or causing your symptoms.

I haven’t used them personally, but if you don’t want to have to worry about if there is a faint second line or if it’s in your head- this pregnancy test clearly will display ‘pregnant’ or ‘not pregnant’, so there’s no second guessing.

On the other hand, you may want to opt for a less high-tech pregnancy test that is inexpensive but works. Dollar Tree has one for $1 (in-store availability may vary depending where you live.) It is rated well by women who have used it. I have used them in the past, just not during this pregnancy. (They were accurately negative because I wasn’t pregnant at the time.)

Have you tested positive? Do you suspect you are pregnant? Are you experiencing any early signs? Did you find this article helpful? Let us know in the comments at the bottom of the page! We’d love your feedback!

Remember that every pregnancy is different, so if you are pregnant you may have completely different symptoms than mine.

For more pregnancy tips and info, you can follow us on Pinterest at Ellie | House Gone Sane or just our Pregnancy and Postpartum board.

Thanks for reading and have a great day! 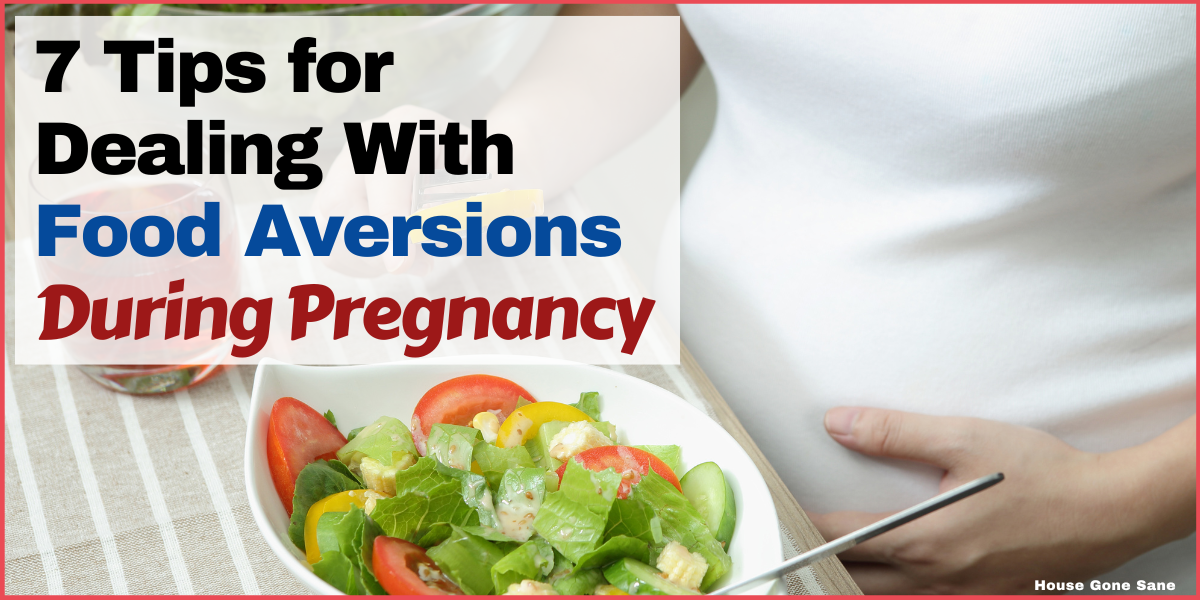 7 Tips for Dealing With Food Aversions During Pregnancy

How can you deal with food aversions during pregnancy? When will they likely start & stop… 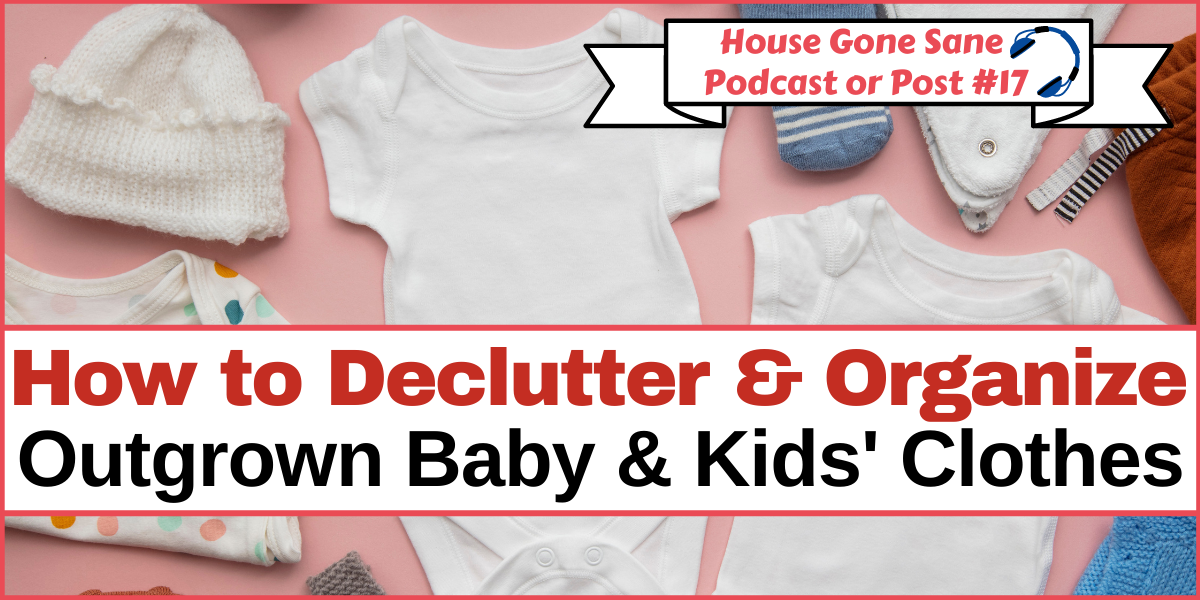 How do you organize & declutter outgrown kids’ & baby clothes? Here are several tips for what… 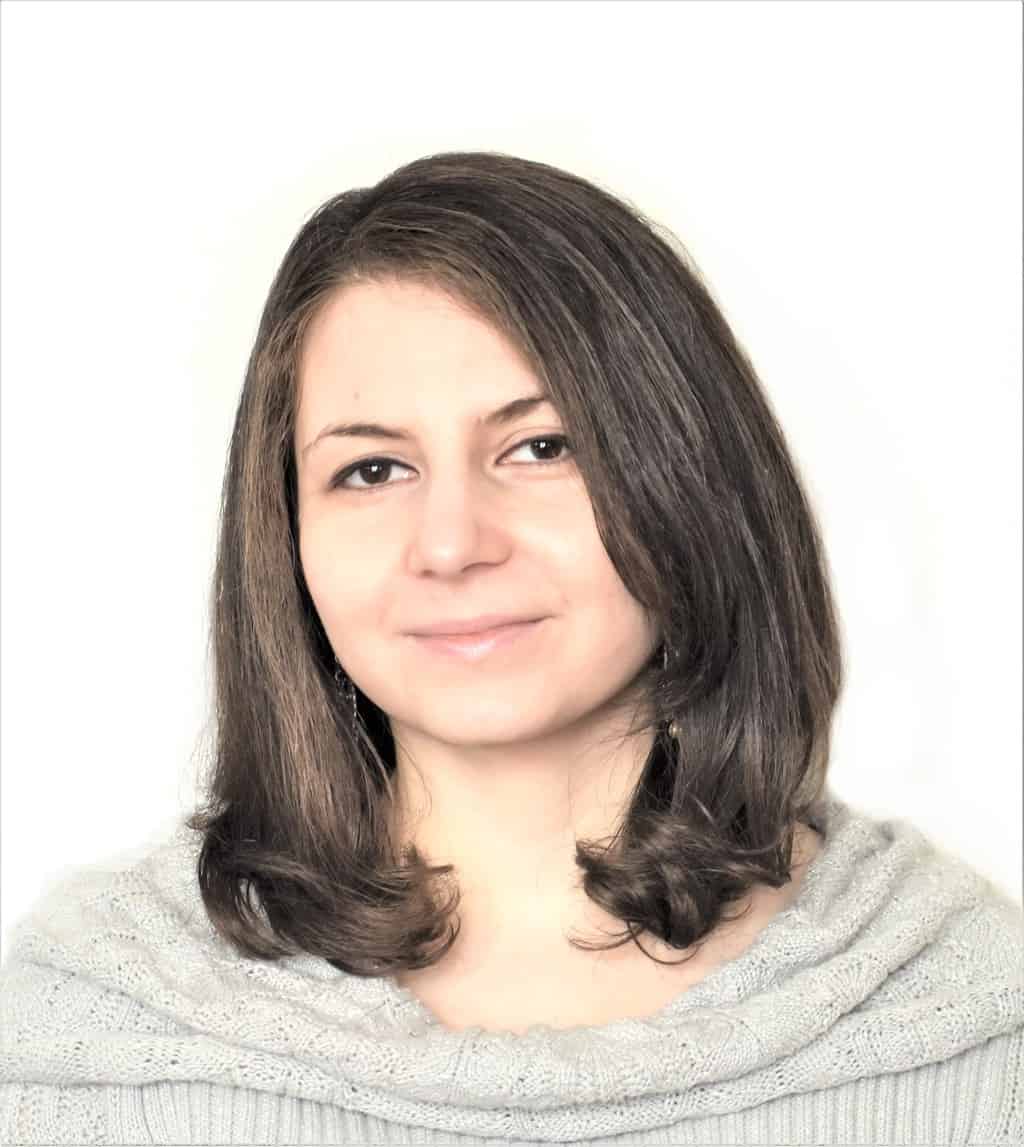 Hi, I'm a Christian wife, and a mom (and stepmom) of 4 kids total. I know what it's like to be incredibly busy while trying to maintain a healthy level of sanity, so I share tips to help other busy moms & moms-to-be. Here you'll find tips for home management, kids, toddlers, babies, and pregnancy. To stay current, you can subscribe to our email newsletter and/or follow us on Pinterest or Facebook. Have a great day! :)